What is street shinny?

Improvised spots and often nets. We’re lucky if we have goalies, but if we don’t the game still goes on without them. Compared to organized hockey, it’s less expensive, requires less equipment and is less competitive. The primary focus is fun! 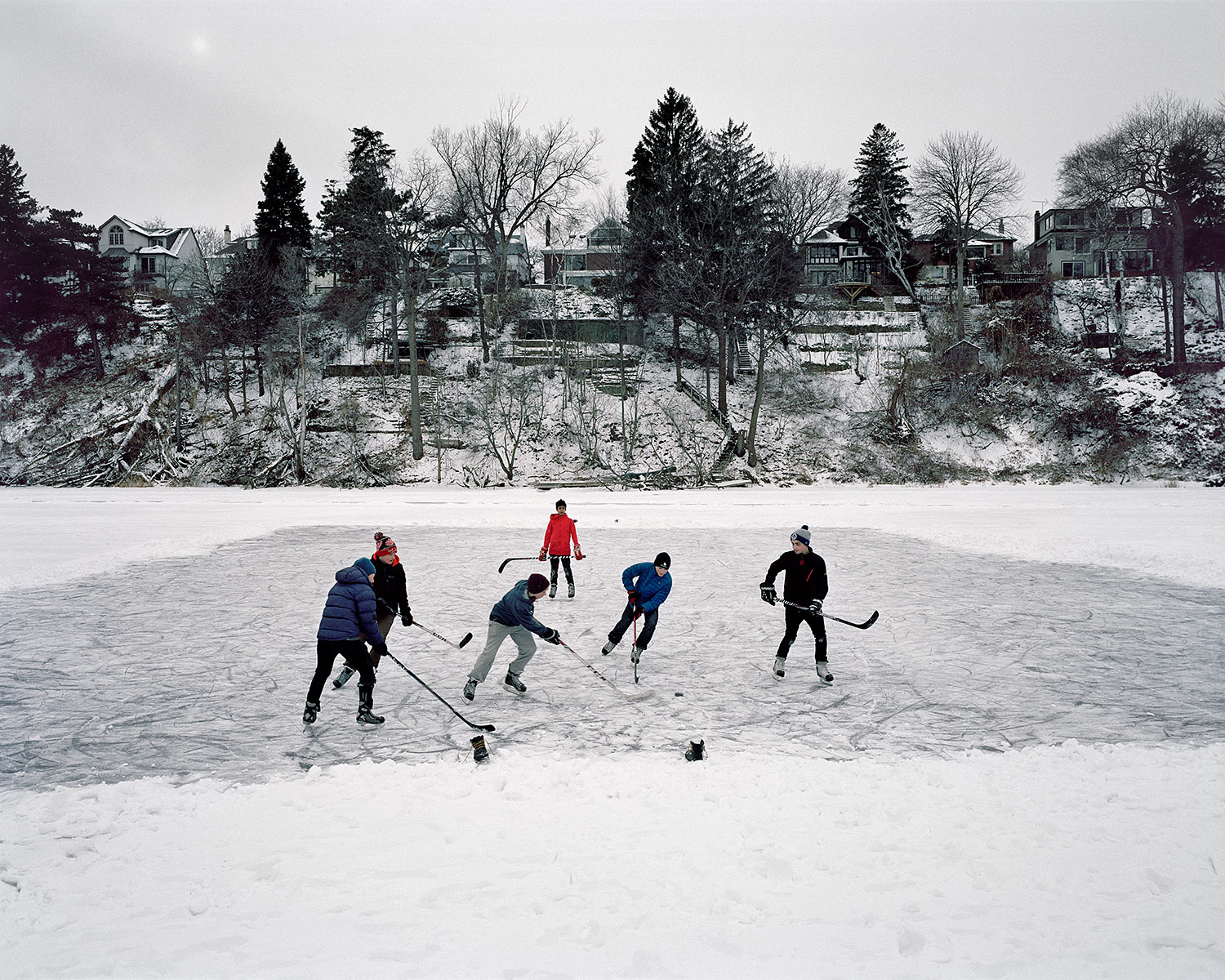 When you call it hockey one can make associations with what they see on TV, which includes fighting, body checks, stretchers. Yes, I do see the beauty in the hockey on TV, but I want to make sure it's clear when it comes to recreational outdoor games, we ought to play to a much different standard.


Hockey culture states: 'if you ain't cheating you aint winning'.. like, cheating is a big part of the game. In this version of shinny, cheating isn't welcome in any way.

In the past we played on a surface that was too rough for any pucks to slide. We use liquid filled balls that on average roll flat more often and are predictable.


Green biscuit is great, and has changed the game, but if you start shooting those things and it rides up a stick, you can do some damage. The requirements for equipment go up and players aren't as safe.


Why so relaxed? Hockey should be intense and physical!


Over the years we have seen a lot of checks thrown by people who weren't trained to deliver them on people who aren't trained to receive them. Especially playing outdoor with a ball, we use less equipment and there is much more friction than ice, it's likely leading to unnecessary injury that can end the game for both players. Not to mention taking away potential work hours if the injury is severe enough.


How did we come to this decision?

As an organizer, the biggest issues arise when a player bends or breaks the rules and spirit of the game. It's unsustainable and will cause more players to leave the group than join the group. We don't use refs, so its up to the players to make sure the rules are being enforced.

We play with a liquid filled ball, which allows for a safer game with less protective equipment.

Sportsmanship is individuals or teams doing unto others as they would have others do unto them.

Sportsmanship is individuals containing an understanding and appreciation of the rules developed for sport.

Players enjoying the recreational experience and encouraging others to participate regardless of skill level will help enhance the integrity of the program. All participants will take responsibility for his/her own

actions regardless of the repercussions, which involves not blaming others for mistakes made or making excuses for wrong doings. Sportsmanship is recognizing and acknowledging character and honor among team members and opponents while practicing such characteristics themselves.

Participants will respect opponents during, before, and after a contest. Finally, sportsmanship will portray an overall respect and passion for the sport and recreation.


At all levels, beginner friendly, intermediate, competitive, the rules remain the same.


All of the standard penalties that apply to regular hockey (see the rules reference below).


In addition, the following rules apply:


No slashes to the body or stick. In competitive hockey, taps to the shins and slashes low on the stick are often uncalled. We don’t want any intentional stick work. Accidental contact when poking at a puck or on the follow through of a shot is acceptable, but always try to keep the safety of other players in mind when you make any play.


Stick checks only permitted on the ball


Absolutely no contact or disruption of the goalies if we are lucky enough to have them. Any goals scored before or after goalie contact are disallowed.


In ice hockey, you can go carry a puck through players if they step in your lane. We want you to move around players, not through. In street shinny, provided the defending player maintains their normal skating lane and reasonable foot speed, the obligation is on the attacking player to go around the defender.

Stick lifting is only permitted with consideration for another player’s safety and when it does not constitute dangerous play. Lift low and briefly – a prolonged stick lift is turns into a hook or interference. An overly aggressive stick lift can lead to someone being hit in the hands or face.


The Do's and Don'ts of summer hockey:

"Our games are unsupervised. We do not allow hard wrist shots or slap shots through traffic. Players are aged 20’s to late 30’s of which whom are just starting to those who play recreationally. If you are not willing to play the speed of the game and at the level of the players around you, then don’t come."


Also, the summer locations when the weather allows.


Currently, we are just playing amongst ourselves at our home rinks.


In the future we plan to host inter-court matches and fun tournaments.

Then Street Shinny may not be for you. We understand some people are going to feel a game without slap shots and physical battles isn't "hockey". I get it, and there are lots of opportunities to play competitive indoor and on ice with refs, more pads and like-minded people that can scratch that itch. Message us your thoughts if you have any ideas for us.

We believe in a few things.


We've been organizing games in and around Vancouver for more than 10 years.


The Lower Mainland is full of outdoor facilities that are suitable for a super satisfying pick up game.


Lots of people pass through the shop looking for games and we'd like to remove some of the barriers from playing outdoor roller.


We are striving to build a community of meeting new people, going to new places and playing as much safe and fun roller hockey as possible.